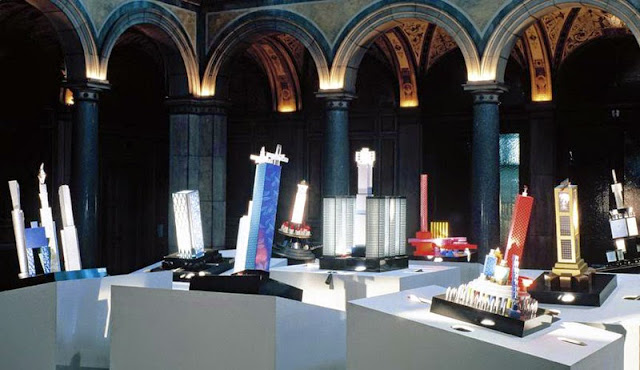 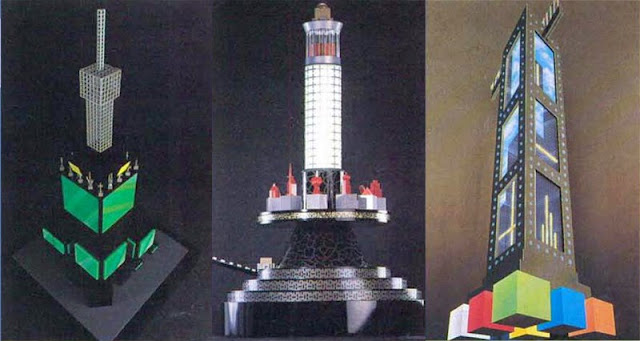 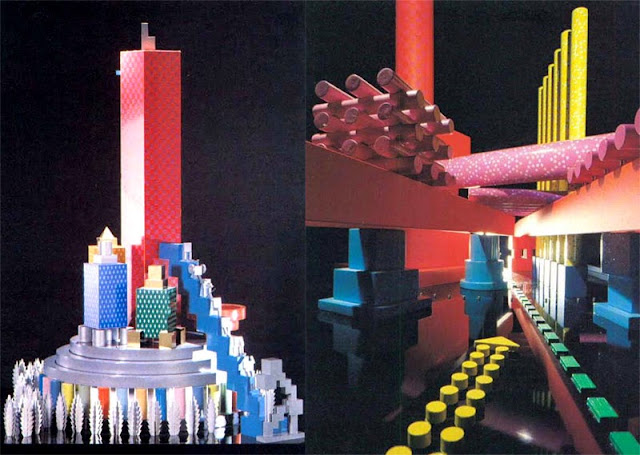 “Dear Matteo, Your Heavy Dress was the best expression to date about the problem of the tall building. The title alone says the essence of today’s look in buildings. My compliments to you and to your work.”
Philip Johnson
Clothing Architecture
The skyscraper as mannequin: a fixed framework that can display any of a multitude of different appearances, a sort of heavy dress. This idea sums up, according to Philip Johnson, the architect of the Sony Building in New York, the architectural nature of tall buildings in the 1980s. The Heavy Dress is the title of an exhibition designed by Matteo Thun that was first mounted at the Museum of Applied Arts in Vienna (currently the MAK) in 1986 and then traveled to Chicago and Frankfurt.
A jungle of disorderly and irregular models freely interpret the theme of the symbolic and aesthetic significance of “clothing” architecture. The exhibition viewed architecture not only in its purely formal and functional sense, but also, at the height of Postmodernism, as a symbol, an allusion, a historical reference, a game.
http://www.matteothun.com/project/136/the-heavy-dress-exhibition
Publicado por PKMN [pac-man] www.pkmn.es en 8:55:00 p. m. No hay comentarios: